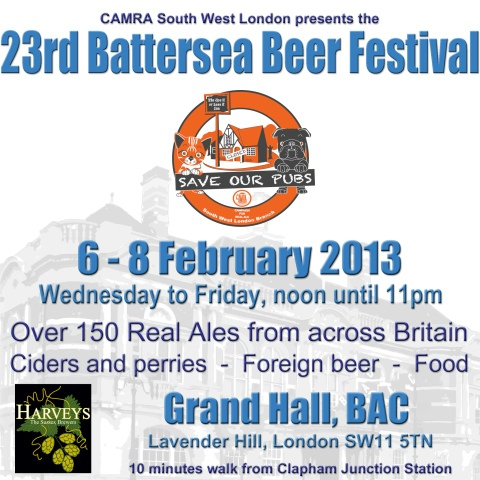 Lizzie and I really like Battersea Beer Festival. It's a nice size, good atmosphere, lots of beer but not too big that it becomes a 'beer exhibition'. It's definitely one which we make a point of doing every year. 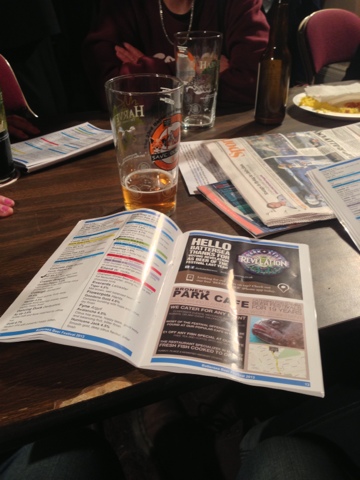 We went on the first night (it was a school night but we couldn't risk waiting until the Friday because the beers might have ran out). Excellent as always, good mix of national and local breweries. Highlight of the cask beers was Mallinsons Galaxy... Awesome brewery... Awesome hop! How could I go wrong.

We were quite content with our evening and were thinking about heading off but we decided to have a look at the bottled beer section and perhaps have a night cap. There were lots of intriguing German beers on offer and Lizzie had earlier spotted and bought a book 'around Berlin in 80 beers'. We found out that the author of the book was behind the bar and ended up chatting to him for about half an hour about Germany and German beers (we got our book signed too!) So... for our night cap, we asked for a recommendation from the main man, Lizzie described her type of beer, dark and fruity malts but with a pilsner crispness and I described mine, pale, dry and hoppy. The recommendations are below: the left is Lizzie's (a bock) the right is mine (made with fresh hops at harvest only available a couple of months a year) 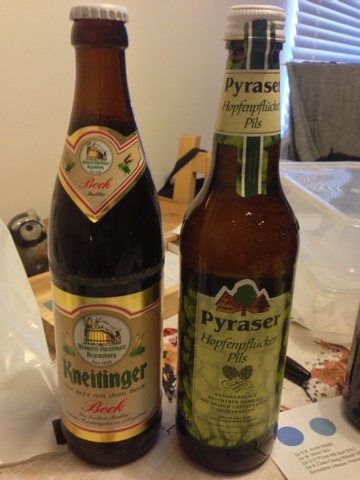 We were chuffed we'd had such an interesting and enjoyable chat and we were already planning going to Berlin for the weekend of Lizzie's birthday to try out some of the bars and beers in the book. But before I left, I noticed a beer by a small London brewery called Rocky Head. I'd seen their name banded around on twitter from various beer people and I noticed it was brewed nearby so thought it would be rude not to try it. We'd had a few already so we decided we'd share a bottle. 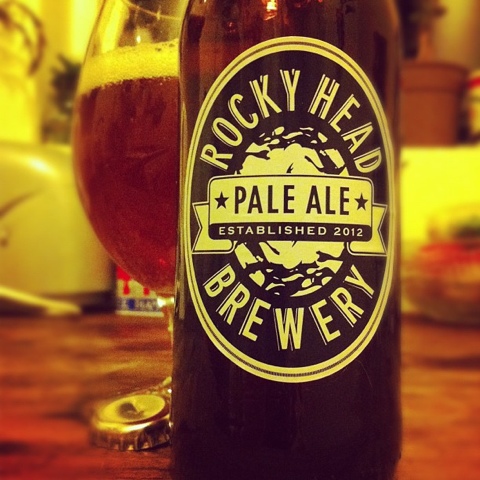 It turned out to be by far the best beer of the night. Amazingly fresh, dry, hoppy and moreish! I would love to have had another but I decided to be sensible. Seriously though, I've tried several beers by small up and coming new London breweries in the past couple of months but I can quite honestly say that this is my new number 1.

Posted by gcmeakin@gmail.com at 7:02 pm